This story is by Mist, hope you enjoy! 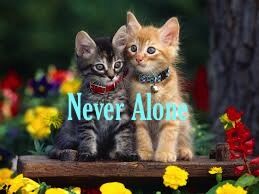 Teddy sat in down in his twoleg's yard. He was panicking.

Where are my twolegs? He asked himself.

Teddy's twolegs had been gone for a quarter-moon, and Teddy began to worry.

Will they ever come back? Did they just leave me here to die? Did I do something wrong?

Teddy was born to a she-cat and a tom, but he never heard their names or seen them. He had two littermates, one tom who died at birth and another tom who survived after birth and was adopted like he was. Teddy barley remembered anything before he was adopted. Teddy was adpoted by a twoleg. Its name was Maddy, and it had brown fur with amber eyes. Teddy grew up with the girl, until he was about 9 moons old. She died in a car accident when a stupid wild cat jumped in front of her car.

Stupid wild cats! Teddy grumbled to himself when he heard his twoleg was killed by a wild cat.

A couple days after Maddy's death, Teddy was given to an old couple, and he didn't like them at first, but he got used to them. The old couple was very nice, but he still felt anger towards wild cats for killing Maddy.

Why can't those wild cats stick to their own buisness, not others. Teddy raged with anger.

About a moon later, the old couple left for a quarter-moon, and that brings us to now.

I feel horrible, I must have done something wrong, but what was it? Teddy yelled to himself.

Teddy did scratch the curtains once or twice, and maybe he ripped a pillow or so, but he didn't think he did anything that bad ithat his twolegs would leave him.

What do I do? He asked himself in fear.

"When do you think we'll become warriors?" Asked Lilacpaw excitedly.

Retrieved from "https://warriorsfanfic.fandom.com/wiki/Never_Alone?oldid=236750"
Community content is available under CC-BY-SA unless otherwise noted.