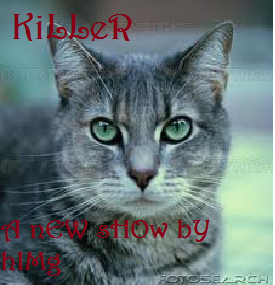 wHaT iF yOu DoN't WAnT to bE BaD aNYmOrE>?

Killer is a brand new show written by HIMG. It follows the life of a rogue she-cat who is the daughter of two murderers, and begins to wonder whether she actually wants to kill other cats. There will probably be more than one season. Part of the inspiration for the show was the Disney film Pocohontas. It is set in the Victorian era in London so there will be no monsters but carriages instead.

Storm comes from a long line of evil cats. Her father is Ruler of the Alley Cats, and her mother is a murderer. Her brother, Brick, is eager to kill and fight. And she's never questioned her place in her family. But that was before she met ThunderClan. When she is asked to kill a deputy so that her parents have more power, Storm begins to ask herself: does she really want to be a killer?

Retrieved from "https://warriorsfanfic.fandom.com/wiki/Killer?oldid=223501"
Community content is available under CC-BY-SA unless otherwise noted.