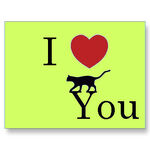 I ♥ You Diaries Series is a series of fanfictions written by Hiddensun♥.

When you love someone it lasts forever even when times are hard and it seems all is lost with no remain. When fighting and jalousy get in the way love seems impossible but sometimes all there is need of is a little push to get back together again. But sometimes the little push can be really hard...and sometimes you have to let go...even through death...

Redbird is just another she-cat. She's an average warrior. With an average name. She tries her best to be normal, and not try to grab to much attention of her clanmates. She tries to catch new friends, the popular cats. Anyone wants to be popular, specially in BeachClan. But now a new crush is developing within her, forming the urge to get noticed by him and trying as hard as she ever could to be popular. But her weird friends and family plus her clumsines don't help much. Now what will she do?

Her pelt flows beautifly as she walks gracefully. She talks with her song-like voice that can calm anyone's soul. Her eyes shine with Starclan's streght and greatness. Her caring for other show the great heart within her. He looks at her, sees her every movement...yet she doesn't even know...shes doesn't return the feelings no matter what he does...

Two Sisters. Different litters. Same heart. The story of two sisters as they struggles to live and survive after their home's destruction and their parents' death. The new fate that awaits them and teh dangers that would tear them apart are nearing...

This is a short story is about a very shy and quiet kit - Whitekit - meeting a new outgoing and friednly she-kit - Flowerkit - ...and how they make each other better cats...

This is a short story is about a kit- Whitekit - and his best friend - Flowerkit - going through one of teh most important step of their lifes...their apprentice ceremony...

This is a short story is about a true friend - Flowerpaw - showing the true meanign of friendship when remainign loyal to her friend - Whietpaw - and showing him they're together untill the end...

This is a short story is about an apprentice - Whitepaw - wondering and trying to figure out what is that new feeling that he's feeling deep inside abotu his very fond friend - Flowerpaw - ...

This is a short story narrated by a young tom - Whitebreeze - that is deeply in love with a young she-cat - Flowerburst - and about how he wants to ask her to be his mate during a hunting patrol...

This is a short story narrated by a young tom that is deeply in love with a she-cat and is jalous and heartbroken because she just became mates with someone else...

This is a short story narrated by a young in-love tom who is now opening up his fully self and is ready to do anything or sacrfice everythign he has for his true love, Flowerburst...

This is a short story is about a tom, Whitebreeze that is struggling to tell the cat he loves the truth when his enemy, Nightash just kept s filling her in with lies. Who is to believe and most important of all, who tells the truth?

This is a short story is about Whitebreeze, trying his best to help hsi best friend and the she-cat he's in love with, Flowerburst, heal her broken heart.

Whitebreeze - Pure white long-haired tom with pale caring and shy eyes. As a little kit, he was very shy, but his friendship with Flowerburst strenghtened him and he became a little more outgoing. He falls in love with Flowerburst, but is too shy to tell her how he truly feels. At first, not being able to tell the weird feeling inside of him.

Flowerburst - Tortoiseshell she-cat with cute smart amber eyes. She is extremely outgoing, making Whitebreeze a better cat, btu he also made her a better she-cat, showing her to be more patient and caring. She has a very strong friendship with Whitebreeze, and always defends him from bullies.

Nightash - Dark gray tom with bright dangerous ice-blue eyes. He is described as a bully with huge muscles and very strong. He bullies Whitebreeze a lot, ever since they were apprentices. It seems that he was amazed by Flowerburst since then but now it is know that he only likes Flowerburst and becames mates with her because of her looks.

Robinstalk - She's a skinny dark ginger she-cat with a dark brown belly and dark brown paws and a very snappy voice. She's naturally mean and is part of Nightash's gang. She hates Flowerburst for her good looks and doesn't care about either hers or Whitebreeze's feelings.

Sing here with a comment if you are an I♥U fan :)

I am the absulute BIGGEST fan of I love you diaries! I mean my name was used in the series, and also I loved all the heartwarming tales! This is probably one of my MOST favorite series! Wetty Wet WetYeah

Retrieved from "https://warriorsfanfic.fandom.com/wiki/I_♥_You_Diaries?oldid=212823"
Community content is available under CC-BY-SA unless otherwise noted.