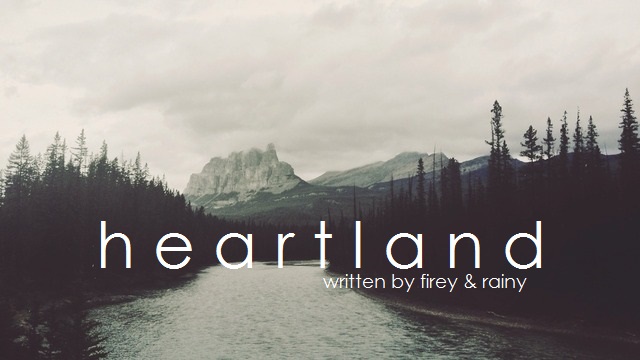 a show by rainy and firey

NOELLE leaves her home village in the countryside after her mother's death, joining up with the NightClan army as a medic in an effort to build herself a new life.

HUNTER, who is lost, angry, and still reeling from more than one past tragedy, enlists as a soldier.

As their paths converge, the two young cats will learn who to trust and who not to trust, and just what it means to be alive during wartime. They will have to rely on all their wits to do their jobs properly--but more importantly, they will have to rely on their hearts to guide them through a fog of questionable morals and cut corners. NightClan is wrapped up in an increasingly vicious war for Heartland, and Noelle, Hunter, and their friends are quickly being swept along, into the thick of the current.

Retrieved from "https://warriorsfanfic.fandom.com/wiki/Heartland?oldid=290266"
Community content is available under CC-BY-SA unless otherwise noted.