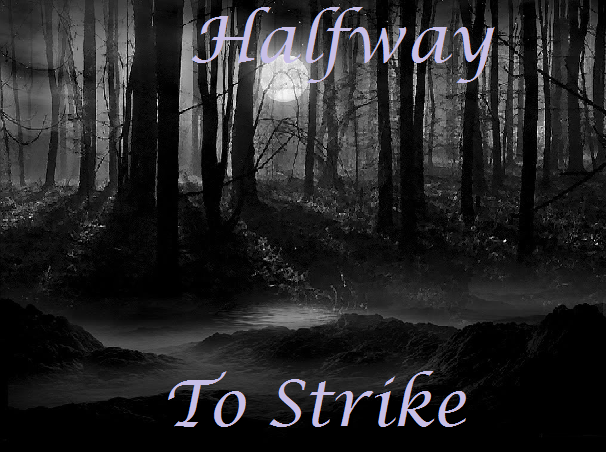 One of the coolest people I know.

I'm really sorry I didn't get this done sooner! I apololgise to those I've kept waiting. It's been a busy week for me. I'll to episode 7 this weekend, I promise!

The moon hung high in the night sky, washing the trees with a sickly white glow. I padded cautiously through the undergrowth, feeling the wet brown leaves crackling beneath my paws. It was a strange feeling, being alone in a forest, with no one around.

But I had to do this.

The rain still persisted, and I was fed up with it. The drought was better, but Airpaw disagreed, saying, 'It is a sign from StarClan.'

Firepaw had told me all he could from seeing my 'mother's' past. For some reason, I was so angry at her. Livid. Why would she abandon me like that? All the Clan could see I was strong and healthy. The best fighter, out of the apprentices.

I whipped round. No one was there. Just a bird, I told myself. Just a bird. But prowling round the forest at night isn't exactly the most comforting activity. I was certain someone was watching me.

I padded onwards, thinking nice, happy thoughts. I forced myself to picture Summerpaw, or Earthpaw. I relaxed. Every time I saw a glimmer of purple or violet, I thought of Earthpaw.

She was my new love, like no one else.

I let my pace quicken as I approached DarkClan 'camp'. I hoped that Redpoison was awake; I did not want to wake Deathstar. He would claw me, or just use his veto power to make me turn around.

I walked slowly, aproaching the fern barrier. As silently as I could, I crawled through the the foliage, letting my belly fur brush the peaty wet soil.

I heard the snores of the DarkClan cats, and winced. I stepped carefully over Longscar, and tiptoed past Sharpclaw. After what seemed like a lifetime, I reached Redpoison's den.

She lay asleep, her eyes closed. Her cream fur ruffled an whistled in the wind, and her breaths were deep, pure, clear.

She looked so innocent here asleep. So honest, clear of her crimes. Though she was a lot bigger than me, she had the appearance of a tiny kit, her expressionless face angelic.

I took a deep breath, I was about to do something I had never dared to do before. I had to protect Summerpaw, Earthpaw, everyone I loved.

I couldn't keep secrets from Earthpaw anymore. She needed me as much as I needed her. It was time.

I took one last gulp of air, and bent down to Redpoison's ear and whispered, 'Mother?'

She did not move, or even flinch. She remained unconcious. 'Mother?' I murmured, a little louder this time. Behind me, Deathstar grunted.

I jumped, but the leader slept on, his claws scraping against the soil in a menacing way. I turned back to his 'mate', assuming that he was dreaming darkly.

When I faced Redpoison again, her honey yellow eyes were open. She stared at me in wonder, shock and love. 'Waterpaw?' She breathed barely audible. 'You came for me....After all these moons.'

I looked quickly round. No one had awoken. I sighed in relief. 'Into the forest,' I hissed. I need to talk to you. In private.' I added.

Redpoison was still miles away, in a different world. 'You will get what you want.' Her voice was dreamlike. Was she still asleep? Then she looked horrified. 'Where is my daughter? I need her...I want her.'

Those words seem to have been spoken thousands of moons before, when I was in DarkClan......

My mother nodded, got up and stretched. 'Let us go.'

Since I met DarkClan, Stormstar had taught me how to block others' feelings out in my dreams. I was using my wall now, but I decided to knock it down.

A sudden landslide of emotions came hurtling towards me. I tried to put my block up again, but these feelings were too strong.

Her love hit me in the heart like a blow from a warrior, it hurt so much. Redpoison was longing for me, for Summerpaw. She told me, through her thoughts and feelings, and I could somehow understand: Many moons ago, I lost you......

'I know,' I said aloud. 'You placed us in a birds nest, to drift down the stream.'

Another flood of sensuality came rushing towards me. I felt like I was going to drown in the powerful current of my mother's emotions. Her hate towards Deathstar at this moment stung like the bee that had wounded me as a kit.

'I never wanted to let you go...'she breathed. 'I loved you so much..But you were dying, like I was as a youngster. There was never enough food.' Her eyelids shielded her eyes, like this was too private. 'And when  I see you now...I imagine how weak you were.'

She looked at me again, a sad smile playing on her lips. 'I knew you would find a home. You and Summerpaw were always the strongest.' Her ache was so strong now I felt a hint of nausea in my stomach. 'But Hollyclaw's..They never survived. She was never healthy enough. She died soon after too, she loved her little kittens so much. That's when Deathstar decided to reclaim this land. We needed it to live, to flourish.'

'But why did you hate me, when you came? You wanted to attack me!' I asked. Redpoison had changed, for sure. She was no longer the bloodthirsty cat that had stood before me a moon ago.

She sighed. 'I was filled with sorrow, and resentment, due to your loss. I hoped that maybe I could have more kits, just like you, and they would survive.' She stroked my cheek, very softly, cautiously with her tail. I didn't flinch. 'But there never will be another you.'

We sat in silence for a few moments. Then Redpoison asked, 'Deathstar says you have...a gift. What can you do?' I could sense that she was just curious, thanks to my 'gift'.

'I can feel other cats' feelings,' I answered quietly. 'Sorrow, hate pain..Its a nightmare. I've learnt how to block it out now.'

'Why do you have this burden?' my mother persisted. 'Why were you even born?'

I felt scared at that. I knew why I was here.

I didn't want to give her the response, but she had been honest with me. I had to be frank in return.

'I live for one purporse,' I told her. 'To-to defeat DarkClan.'

Retrieved from "https://warriorsfanfic.fandom.com/wiki/Halfway?oldid=178396"
Community content is available under CC-BY-SA unless otherwise noted.