Authors Note- Yellow- This, hopefully, will go smoothly. It's a great plot in my opinion, and I hope we can make it work. Enjoy, and leave constructive criticism.

Authors Note-Hope- I really hope everyone will like this. Please, we want all the constructive feedback we can get! Hope you like it!

Breeze ruffled the she-cat's fur. She wondered why Hopefur, the medicine cat, had called her to Streamstar's den. It must be urjent. She quickened her pace, paws making small inprints in the grass. She slid into the leaders den. Streamstar was laying on her side in her nest, eyes red with exhaustion. The leader looked sick, sicker than the she-cat had ever seen her. She swallowed. As the deputy, she needed to be strong. For her clan and for herself.

"How much?" Willowsong demanded, "How bad is it?"

"She could lose a life," Hopefur murmered sadly, pelt ruffling along the spine.

Willowsong's eyes widened. She stared in shock. Lose a life? No. No, that could not happen. She brushed her muzzle over Streamstar's fur.

"Hush," Hopefur looked at the sickly she-cat, "You need rest."

"What can I do?" Willowsong asked desperatly, anxiously staring into her friends eyes.

"I'll just get in the way!" Willowsong swept her tail over the musky earth, chest aching.

"There's nothing more I can do," Hopefur turned her gaze steadily onto Willowsong's, "She's in StarClan's paws now."

"No!" Willowsong surpressed a wail, "You must try!"

Hopefur turned, and padded out of the den. Willowsong pressed her muzzle into her leader's pelt. She slumped down, gently swiping her tongue over Streamstar's ears. She lapped at her fur until the leader's breathing slowed and stopped. She let out a whimper. How many lives did she have left?

Willowsong nuzzled the cold fur. Cold panic gripped her heart. Had that been Streamstar's last life? No, it couldn't have been. She knew that Streamstar was now in StarClan, speaking with her lost clanmates. She would come back soon. Willowsong waited. The leader's pelt began to heat up. Streamstar's eyes fluttered open, and she coughed.

"I lost a life," Streamstar whispered, "Thank you for sitting with me."

"All will be well," Streamstar promised, "Unless the sky shatters, and we will be drenched in blood."

Willowsong stared at the leader, her mind whirling. What was that? A prophecy?

Please no, She begged, Please.

Hopefur was with Foxtail, the ginger she-cat at the time when they heard their leader speak. "Let all cats be old enough to swim gather around to hear my words." said Streamstar strongly

Every cat gathered around. They looked surprise. There was no kits to be apprenticed. So what did Streamstar have to say?

"I only have two lives left but there is no need to worry." explained Streamstar.

"I thought you were on your fifth." said Petalstorm the white she-cat

"I did not speak the truth but I don't want any cat to worry." replied Streamstar hopeful that her clan would understand .

Hopefur looked up at her leader her eyes shining with pride. Her leader was like no other. Hopefur would protect Streamstar with her life. No matter what.

After the meeting was over Hopefur and Willowsong padded up to their leader. Hopefur shared a proud look with the deputy. Their leader was so courageous. Not many leaders would tell the Clan how many lives they have left.

"You were so brave!" exclaimed Hopefur.

"Streamstar, do you think the Clan will be angry?" asked Willowsong.

"If they are loyal Riverclan cats they would never be angry." explained Streamstar.

Streamstar padded over to the two she-cats and licked there heads. Hopefur purred. Her leader was like a mother to her and she looked up to her in every way. Seeing as Hopefur's mother Rushingstream had died in a battle so she never really knew her mother.

Suddenly Ashflight came running into the leaders den out of breath. "Streamstar, ShadowClan is attacking ThunderClan!"

Hopefur got up and ran out of her leader's den She thought, "My sister!"

Willowsong was instantly alert. Streamstar gasped, whipping around and ordering Ashflight to gather the Clan. Willowsong rushed out behind him. She raced side by side with Hopefur until her friend veered away, heading towards the medicine cat den. Willowsong skidded to a halt beside the thorn barrier, sitting beside Streamstar as she called out the cats who would battle. When the leader called Duskpelt, the black tom turned his nose.

"I will not fight for a leader who lies to her Clan," He declared. Streamstar held the tom's gaze for a second, before nodding.

"Very well," Streamstar told him,"Just know that you are letting the Clan down. I do trust you, all of you."

Willowsong felt a flash of anger at this insolent tom's words. He had no right to challenge Streamstar! But her anger soon gave way to anticipation as the Clan faced the barrier. The leader called out a battle cry, and they began streaming out of the camp.

Willowsong's paws itched to run, to fight. But she stayed in formation and kept pace with the rest of the Clan. She loped side-by-side with Streamstar as they reached the ShadowClan border. Since ShadowClan was busy attacking ThunderClan, their territory would be nearly barren. They broke into a sprint, paws carrying themselves through the marshy pine forest. It was dark and smelled of leaf-mould here, and Willowsong wondered how the ShadowClan cats could handle it. She sniffed, gladly coming out of that dank place. On ThunderClan territory now, they heard the screeches and yowls of battle. Streamstar led the Clan forward, into the heart of ThunderClan. Near to what Willowsong assumed to be the camp, a mass of writhing bodies came into view. Blood and fur littered the ground, and Willowsong swayed queasily.

They rushed forward, and Willowsong grappled with a huge ShadowClan tom until she lashed out and caught his cheek, and he went yowling into the bushes. She launched herself on a wiry she-cat with dusky golden-brown fur. She raked a claw down her scrawny flank, feeling a pang at seeing how thin she was. But Willowsong quickly shook it off, angry at herself for feeling sympathy for her enemies. She scratched at the she-cat's hind legs until she fled back into the fray. Willowsong didn't feel any triumph.

Most of these cats are so thin... I wonder if the stronger warriors are getting more too eat?

Hopefur fought for her clan, her sister, her leader. Hopefur would never give up. Hopefur ran up to a black ShadowClan tom and tripped him. He hissed at her and then whacked her angrily with his claws out. She fell in shock but soon gained her footing. Hopefur kicked him with her hind legs. The tom let out a yowl of defeat and ran off.

A golden tabby she-cat ran her way. Suddenly Hopefur heard a yowl. Not just any yowl her sister's! Hopefur looked at her apprentice, Greypaw and they shared a worried expression Hopefur shook the golden tabby off her back and ran to were the yowl was coming from. Hopefur stopped to see her sister, Wishheart lying on the ground out of breath.

"Yes I am a fine sister I just need to get back into battle." explained her sister.

"No, you must stay here!" said Hopefur sternly "Greypaw go and fetch the cobwebs."

Greypaw nodded and ran off. He returned with the cobwebs and dropped them at Hopefur's paws.

Greypaw nodded and stood behind Hopefur. Hopefur carefully applied the cobweb to her sister's nasty wound. "You must stay here Wishheart, you must skip this battle," advised Hopefur.

Her sister nodded unsurely but she followed her sister's orders. "Greypaw you stay here and look after Wishheart.

Greypaw nodded willingly. Hopefur ran off back into the crowd of cats growling and hissing. Ashflight ran up beside Hopefur. They fought side by side. They were unstoppable. No one could get past them. The two sent many cats yowling back to the forest.

There was a yowl! A very recognizable yowl. Hopefur's ears twitched and Ashflight looked at her, his eyes alert. Willowsong ran up to Hopefur and Ashflight. The three of them ran as fast as they could. They found Streamstar laying motionless on the ground with a cut on her underbelly.

Hopefur let out a sad yowl. "I was supposed to protect you Streamstar now look what I have done!"

Willowsong snarled, spinning around to find the cat who did this. A black tom was half-cloaked in shadow as he washed his paws. Willowsong immediately knew it was him. She let out a caterwaul and sprang through the mass of cats, launching herself onto him. Her eyes burned with a fury she had never known before.

Her claws pierced empty air as the tom ducked away. He gave her a smug look.

"You!" She spat, whirling to face him. His arrogant smugness seemed to radiate from his sleek body, and that only made her angry. 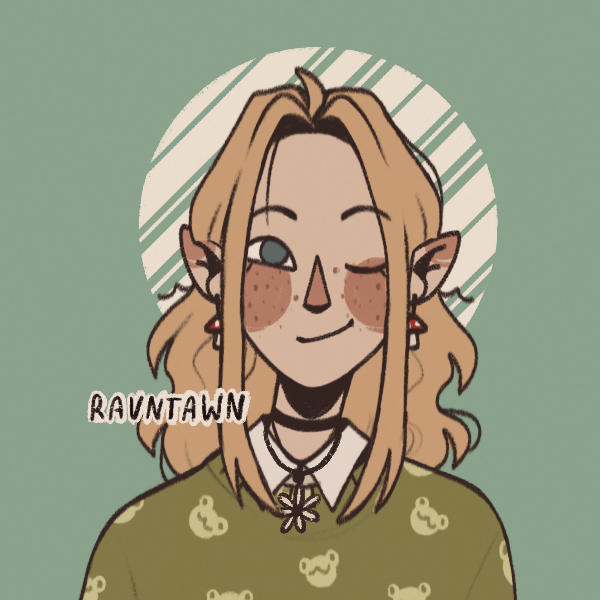 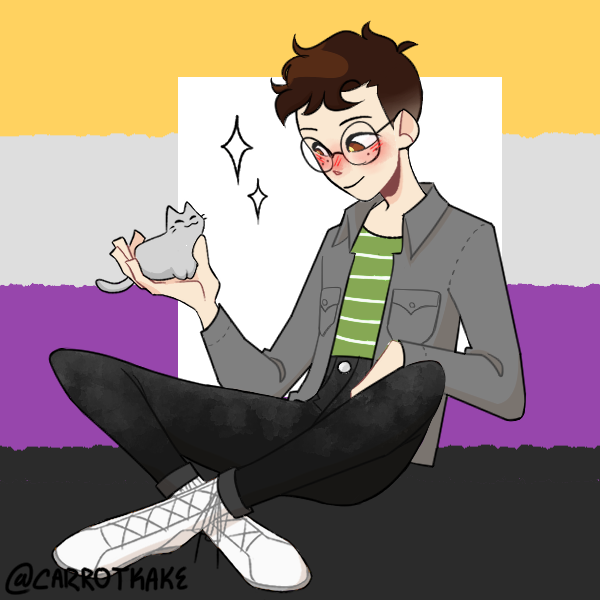