Shadowflare is a thick-furred dark ginger she-cat with black paws and ears. Her eyes are startlingly bright blue. Shadowflare tends to keep to herself, and even with the few close friends she has she barely talks. She is good at keeping secrets and doesn't like it when someone asks too many questions.

Penumbra is a black she-cat with dark ginger paws and ears. Her eyes are a dark red color. Penumbra tends to interfere where she isn't wanted, and can mess up a cat's life in one move. She seems to have limitless power and a shadowy past. She knows how to act friendly first and betray later. She has broken many a tom's heart, and never shows any sign of guilt, no matter how many bad things she's done. However, even the darkest cats have their secrets.

This is ridiculous. I keep telling you, I don't want to do this!

No, I'm not scared. I just don't want to do this. You're going too far. The flaming cat is innocent. She's done nothing wrong. She doesn't even know we exist!

She's going to figure it out sooner or later. She's intelligent, Reviver. It'll be easier to kill her now and deal with the others later.

Don't call me that! And your logic is entirely illogical. She's not a threat.

Not yet, anyways. But what happens when she figures it out? We'll be ruined, Reviver. Ruined. And it will all be because you argued with me.

Stop calling me Reviver! You know I'm worth a lot more than you. Why don't you... just send me in? I can keep an eye and ear on her, and if she starts getting dangerous, then I'll do something about it. Alright?

Hm... that is a decent plan. Alright, you can go in, but only if you pay close attention to her. If I find out she's leaked one word to another cat...

I know, I know. Instant death for both the Watcher and the Target. I know. I'll be careful, I promise. Just give me a chance. I know I can do this.

One last chance. Only one.

Chapter One - Perfection is for StarClan Cats

This is ridiculous. I'm up to my underbelly in mud. And whose fault is it? Surely it's not Icewhisker's fault. It's never Icewhisker's fault. She's too perfect and innocent. So guess who's stuck with all the blame for getting us all unceremoniously dumped into the mud? Naturally, that blame falls on me.

Little ol' Shadowflare, the IgnisClan cat who doesn't talk to anyone, except those two or so cats that can actually tolerate the silence.

It's not like I want to be alone and quiet. I'd like to have more friends, really. But there are some things that I'm just not willing to talk about. I have a lot of secrets, and I'd prefer that they stay secrets. I'm good at keeping secrets, but I still think it's easier to hide things when you're not forced to talk openly all the time.

Every cat has secrets, of course. They've all done something stupid, like eating while hunting, or something like that. But those are the kind of secrets that can be laughed about with friends in the dens when they're sure no one's listening. My kind of secrets are much deeper. Much darker.

See, I've sort of always had secrets. When I was a kit, I started seeing strange translucent cats wandering around, but when I asked my mother who they were, she said she didn't know what I was talking about.

Then one day as an apprentice, I had the weirdest dream that I turned dark and killed my mentor. That same day we went into battle against CaelumClan, and one of the translucent cats somehow killed him. I switched mentors after that, and no one really mentioned his mysterious death again.

Later, during my vigil after becoming a warrior, one of the translucent cats came up to me and started talking in a really vague way. She said something about immortal wings of flaming lightning, whatever that means.

Of course, I've never told anyone about the translucent cats. The time when I was a kit doesn't count; the others dismissed it as an overactive imagination. I don't need to worry about them suspecting anything.

The only thing I need to worry about is my sanity.

Now then, back to the immediate problem.

Icewhisker is flailing about in the mud like a half-crazed rabbit, yowling something about how her perfectly white fur is getting messed up and it's all my fault. Great AeturnusClan, why won't they stop her? She's going to make us all go deaf at this rate.

I look around as best as I can. Oakleaf, the IgnisClan deputy, is trying half-successfully to drag herself out. She looks really irritated. At least she's making progress, unlike some cats I could mention. Mousetail is attempting to clean the mud off of his pelt, although he really needs to realize that the next time anyone moves, he's going to get muddy agan. Rainpaw is probably the calmest of all of us. He's just sort of standing there, taking a step every few heartbeats or so.

No one really cares what I do, so I just make my way over to the edge of the mud, pawstep by painstaking pawstep, until I can actually feel dry ground under my paws again. I trot out of the mud and start getting all of it out of my fur. I mean, I'm not going to go crazy if my ginger-and-black pelt gets a little messy, but I have really thick fur. I don't want it drying like this. The stuff feels disgusting.

Eventually everyone somehow manages to get out, even Icewhisker.  Oh, the amazing things a fluff-brain can do when they knock their Clanmates into the mud because some fly was getting too close to their ear. Ugh.

Oakleaf glares at me. "What were you thinking?" she demands. "You shouldered Icewhisker into the mud!"

I just roll my sharp blue eyes. Nothing I say could convince them otherwise. It's just easier to let them pile the blame on me. It's pretty much what they expect of me, anyway.

Oakleaf looks like she wants to snarl, but she turns and starts walking toward camp. "We'd better get back before Stormstar gets suspicious. I'm going to have too much explaining to do as it is."

Mousetail and Rainpaw pass me without giving me a second glance. Icewhisker sticks her nose in the air and follows them, but I can see her casting glares at me out of the corners of her ice blue eyes. Oh, well. Fluff-brains will be fluff-brains.

Instead of following them all the way back, I veer off onto an old, half-hidden hunting trail and follow it until I reach a secret clearing. I'm the only cat who knows about it. 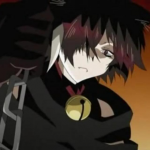