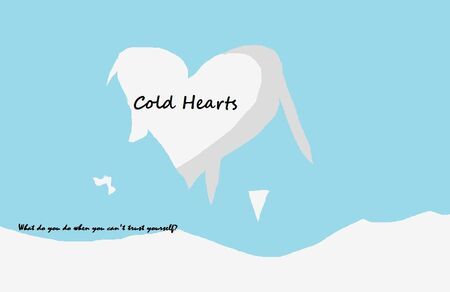 The black tom sat on the cool rock, watching the sunrise. He despised this time of day. Too much light. He preferred sunset. Sunset lead to dark, and dark - that's his favorite time of the day. His powers were much less temperamental after dark. A gray tabby padded up next to him. "Are the forces ready?" the black cat snarled. The gray tom nodded. "We shall leave at dawn." The black cat blinked in approval, and shuddered. "I must go." He snarled. "I will meet you after you cross the mountains." The black cat laughed coldly. "I have some unfinished buisness that I must attend to." Then he disappeared, leaving only swirling dust and a faint trace of his dark scent.

"Goldenpaw, I think you'll be fit to go hunting with Whiteflower, Blackpelt and Rockspot. If anything starts to hurt, come straight back." Copperpelt meowed. Hope flared in Goldenpaw's chest. After she had been injured in a rogue attack 2 moons ago, she had been anxious to go out. Finally! she thought. "Go on, go out." Copperpelt coaxed. Goldenpaw shot him a grateful glance and padded out into the clearing. Almost at once, Whiteflower padded over. "Are you ready?" she asked. Goldenpaw nodded. She glanced at the fresh-kill pile and saw that there were only two mice and a thrush. She scuffed the ground with her paw, and she said, "Let's go."

"Goldenpaw, I want you to try stalking that mouse. Remember, they will hear you easily, so be very quiet." Whiteflower instructed, flicking her tail towards the mouse. Goldenpaw stepped forward, and got into the hunter's crouch. She stalked forward, letting her paws slightly sink into the ground before taking another step. The mouse didn't notice her until she was right on top of it. But by then, it was too late. She walked back to her Clanmates, holding her head proudly. She just wished that she had caught another mouse. "Good job Goldenpaw!" Whiteflower praised. "Two mice!" Two? She only caught one! She looked at the ground, and was surprised to see a faint outline of a mouse. She looked harder, and felt a stab of pain in her head. She fell back, finding that it was gone. She stood up, and felt something under her paws. The second mouse! It wasn't a vision. "Weird." She murmured.

Whiteflower settled herself down on the tree stump and waited for Stormshadow and Blazeheart. Finally, they both appeared. "What took you so long?" She purred. Burnheart answered. "Oh, we've got nothing to do but meet up with a couple cats from different Clans. Mice don't kill themselves you know." He flicked his tail and sat down. "Oh give it up Blazeheart." Stormshadow purred. "We should know by now that you are not that grumpy." Blazeheart gave no reply except for a snort. "Oh come on you two." she meowed. "Mousetail has whitecough, so I don't think that she would like to come tramping through a wet forest to meet us. Anyway, I think I found one." "Really?" Blazeheart's tail curled up. "Do you know what kind?" "I think that she's a mind warrior like me, but I can't be sure." I convinced Rosestar to make me her mentor. Her name is Goldenpaw." Whiteflower answered. "Any proof?" Stormshadow asked. "She made a mouse appear. She had just been wishing that she could have caught one more. She doesn't know that she's, ah...special." she meowed smoothly. "I've got to go." she added. "I'm expected for the dawn patrol." "Well, nice seeing you." Stormshadow meowed, dipping his head. He and Burnheart disapeared. Whiteflower padded away into her own territory.

"Shadowpaw! Wake up you dormouse!" Shadowpaw's eyes jolted open. He saw a huge white head over him. He sighed inwardly. Why does Cloudfur have to wake me up so early? "Come on." Cloudfur meowed bluntly. "We're going hunting."

Shadowpaw staggered out into the clearing after Cloudfur. It wasn't even dawn yet. He yawned and half-heartedly licked down a tuft of fur.

"Shadowpaw." Cloudfur meowed impatiently, looking over his shoulder as he walked out of the clearing.

Shadowpaw rolled his eyes and followed his mentor out. Could he at least have let me eat? I'm not a super cat. He thought. Right on cue, his belly rumbled. '"Hey Cloudfur!" He called. "What?" Cloudfur answered. "How long do you think we'll be out here?" "All day." He answered. All day? His stomach hurt just thinking about it.

Shadowpaw staggered into the ShadowClan camp; his jaws hurting. He and Cloudfur had caught so much prey; it would feed all of the elders; and Falconfeather and her kits!

Retrieved from "https://warriorsfanfic.fandom.com/wiki/Cold_Hearts?oldid=101481"
Community content is available under CC-BY-SA unless otherwise noted.