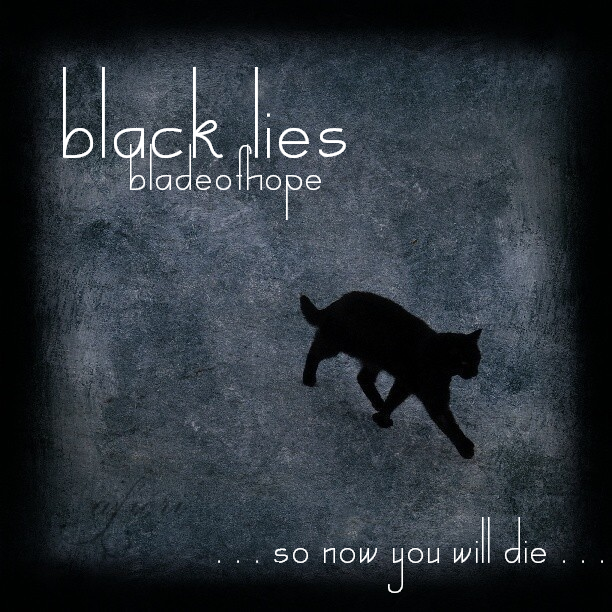 My name is Shimmer Belle, but everyone just calls me Belle.

Or at least, they used to.

They called me Belle before they left me here alone.

Everyone is dead now.

And soon, you will be dead, too.

This plane of emptiness is my world.

We used to all dream here together, but not anymore.

I met everyone here.

Maybe if I hadn't, they would still be here today.

After all, it is all my fault they left me all alone for the rest of eternity.

I cannot leave without them.

But they left without me.

So now you will die, because I want to be the only one left alive here.

chapter one: the only world is alone

The white goes on forever.

She knows that. She has always known that.

They always knew that. Together.

Now she is alone, in this everlasting plane of white in which nothing really exists.

She is alone, just like she has been for a long time.

How long has it been?

This expanse is truly expansive. Its white, barren, flat ground seems to go on forever. She can see walls in the distance, but they move when she does.

It reminds her of...

But her home is gone, along with everyone she knew.

Her square-walled home with those weird upright creatures? The warm, soft nest? The barking of the dog in the next home outside?

But those are all blurred and distant.

Those things are leaving her, too.

The ground shakes, and she pauses. She looks around, but nothing is there to see.

Then the ground shakes again.

She runs. She knows what happens when the world shakes twice.

Something is about to break.

chapter two: something breaks and it changes

She watches from a distance.

The white world roars angrily as it prepares to break. She can hear its hurt.

It cries out to her, telling her its pain and sorrow.

It hurts her, too.

It is her world.

The ground splits open, revealing the raging red fire level beneath the white surface. It roars again, writhing in agony.

Then it lets something out and closes up again, hiding the red once more beneath the everlasting white.

Not even a scratch to show it was ever there.

But she knows it is. First, because she will remember.

Second, because of the phantom cat that is now standing where the world opened up.

She looks at the phantom.

The phantom looks back at her.

A brief moment of silence passes between them like a breeze. She knows it wants to mourn for her losses.

Mourn for her heartbreak.

Mourn for her future, lost and encompassed in the white world.

Then, just as quickly, the moment passes and she's somewhere else.

No memory of the phantom.

No. She remembers. She knows what just happened.

This happens sometimes. Sometimes she can remember the phantoms; she certainly remembers enough to be able to confirm their existence.

But this one is different from the others she remembers.

She knows its name.

A fitting name, considering. But yes, she remembers.

So they haven't left her! She's not alone anymore.

She shakes her head. He has to be alive.

Somewhere, all of her friends are alive.

Seeing Slain triggers a rush of memories. Faces, voices, and names all come rushing back. The more she tries to grasp her past, the more she remembers.

"You're going to be strong!" the black tom yelled at all of the cats struggling around him. "Train hard, and together we can beat this thing!"

His voice was like a cutting edge jabbing into her skin. It hurt.

His words hurt because she knew what he meant. She knew that no amount of training could get them out of there. Slain's overpowering personality made him the leader they so desperately needed, but it also endangered them. Slain wasn't only firm; he was hot-tempered. It didn't take much to set him off.

And this was doing the trick. Watching his friends fail so badly at defending and attacking had to hurt his pride, after all he'd tried to teach them. Her presence had to hurt him as well.

She stood watching on the sidelines, never taking part in the training exercises.

She knew it was too late to win.

The yowl cut her from her thoughts. The black tom rushed straight towards her, knocking her away from the fracture in the ground. They tumbled to the ground on the other side, shaken but not hurt.

It opened right where she'd been standing.

What is there to escape from?

Next is Blood Dawn.

"Belle, listen to me," the pale gray she-cat said, gazing intently into the younger cat's eyes. "You have to leave. You're the only one who can do this."

She told this to the gray she-cat with a single word.

The gray she-cat's face fell, and for a second she looked almost... defeated. But then the fire in her eyes came back.

Would she even kill her friends if it meant...?

No. Of course not.

"You have to work harder," the black she-cat fretted. "You know how Slain is about our training..."

She knows. She knows what Slain thinks! But she doesn't care!

She voices her thoughts to the black cat.

"But Belle," the other she-cat protested, "do you really want to be-"

Her reminiscent thoughts are cut short by an overwhelming flood of other memories.

Others are not so happy. They hurt to think about.

With them comes a myriad of names.

They run into one long string. An endless blur.

She remembers all of them.

They seem to last forever. All of the names echo around inside her mind, reminding her of the past.

She remembers how they died.

How they all died.

And, most of all, she remembers how she died, too. Right alongside everyone else.

How did you figure it out?

She turns. The pale gray ghost of a she-cat hovers there.

She recognizes her at once, and speaks to her without speaking.

Is it really you? Or are you a trick?

The ghost shakes her head. No, Belle, it's me, Failure. I promise. And I'm sorry. Sorry for everything we did. It was all our fault, you know.

Yes, I know. She turns away from the phantom. Her memories are her own. She does not need a phantom to tell her what she already knows. Failure, she thinks, you killed me, after all.

The phantom winces. No, no, Belle, you don't understand. Please don't leave-

She remembers now. And she will always remember.

It is all my fault.

She is not afraid to admit it.

Maybe she was before.

This is her story, and this is what happened.

She tells herself the story, speaking aloud for the first time in...

"This is the story of a cat who died," she says, her voice tired from lack of use, but not raspy.

"She had friends, and her friends had a white world. They invited her in."

"But then something threatened the world."

"She and her friends were driven into paranoia, and trained to avert disaster."

"Instead of getting rid of the trouble, they made everything worse."

"The cats were faced with a choice: one cat could escape to the real world, while the others died."

"They left this responsibility to the youngest she-cat."

"She stayed with her friends, and instead they were all killed."

"Her friends blamed her, and their spirits left her all alone."

A tear rolls down Belle's cheek. The story is almost complete. There is only one more line.

"She has waited for them ever since."

chapter five: the spirits come back

As the young cat's tear falls, a strangely bright light fills the space around Belle.

She looks around at them, meeting their gazes,

daring each of them to tell her the answer to her question. She knows they understand.

She asks it aloud anyway.

Her tear finally drops to the ground, and the world turns black.

She can see the faint silvery outlines of each and every spirit cat staring at her, unblinking... unfeeling.

They don't care about me.

One cat steps forward, and she recognizes Slain from when he showed up as a phantom. He speaks slowly and deliberately, and each word pushes a new thorn through her heart.

"We thought this would be the best way."

It was never going to work.

"If you agreed to go to the real world, we could all have lived."

"You messed everything up."

Her thoughts force their way out of her mind, opening themselves up to every spirit waiting there.

They echo around this new, dark, unfamiliar world, becoming comforting to her.

Her words are the truth.

Slain flinches as she launches forward, running with the force of every truth she has ever known. Things she had forgotten come back to her, now.

"I was born loved, but I was taken away."

"You brought us here to die."

With a last scream, full of rage that she has never felt before, her claws connect with Slain's throat.

She can feel again.

Her heartbeat is there, beating comfortingly beneath her skin.

Her pelt is soft.

Slain's blood is warm as it flows over her claws... and it is very, very real.

All of the spirits watch, eyes wide, as they, too, become real once more. They are free of Slain's influence, and it feels... different.

As they watch, their tormenter and the cat who has saved them collapse together in a puddle of Slain's blood, which stains the gray ground crimson.

The world flickers again, and now they are put back in the places they belong, at the split second that they were taken.

They remember everything; each one of them remembers his life before Slain... but they do not remember each other.

There is one thing, however, that they all remember... some echo of a distant past, perhaps?

Slain and Belle collapse together, the young cat's claws still embedded in her elder's throat.

Slain coughs, blood gushing faster out of his wound. "I was alone," he chokes out.

"So you tormented us all?" The echoes of wisdom Belle once possessed are now replaced by the youthful curiosity of her "real" self.

"Yes," he gasps. "I'm sorry, Belle, for weaving these black lies... but..." His voice drops to such a low whisper that she has to strain to hear.

"But, Belle, my daughter... I am so glad that you were here to save them all."

His head falls limp, and she lets herself cry for him, and for all the things that they lost.