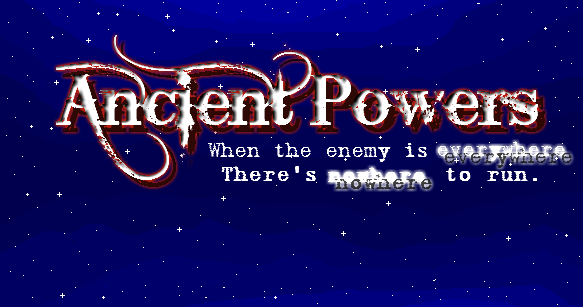 Ancient Powers is a series of fanfics by Shigura.
GENRE: Action, Drama
This Series is about a Council of Cats with supernatural powers. When two cats are given entrance to the council by accident, many cats begin to disappear... or die. What will happen to the Council that keeps the World's Cats in balance?

THERE IS A SEQUEL SERIES- Seeking Light. I'd suggest to read this first, though. ^_^

ALSO, all fics are in the process of being re-written.

There are many more people that i'd like to mention, but if I did, the Extras would be longer than the series list. Thanks, guys, for being so awesomely awesome. Trust me, Ruinpaw, Snow and Blazepaw wouldn't be the same if you guys weren't here. (:

Retrieved from "https://warriorsfanfic.fandom.com/wiki/Ancient_Powers?oldid=80148"
Community content is available under CC-BY-SA unless otherwise noted.