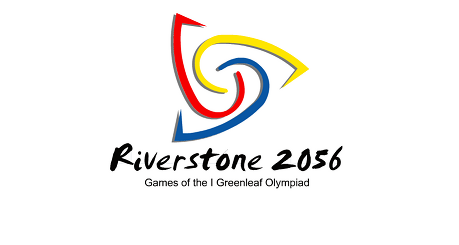 The 2056 Greenleaf Olympics, officially known as the Games of the I Olympiad, is a international multi-sport event that is being held in Riverstone, ForestClan, from 4 to 20 August 2056, with the motto being Paw in Paw. 10,200 athletes will be competing, accompanied by 4,000 team officials from 201 countries. There will be over 150 medal events in 12 different sports. The medals introduced in these games will be Bronze for third place, Silver for second place, and Gold for first place.

Throughout the bidding, Vidtabia City and Larkwood seemed like the favorites to win, based off of their country's strong sports culture and infrastructure developement, while Belleau was seen as the dark horse throughout the competition.

However, some setbacks occurred during the bidding stages of the games. For Larkwood, they proposed dates that would be unfamiliar to Northern Hemisphere cats, as they would've had their games be from 24 November to 10 December. In Vidtabia, there were reported riots that happened in Vidtabia City's neighboring Semelåstö, which could have affected Vidtabia's promise of safety. All these events allowed for people to see that Riverstone would be a strong candidate as well.

The voting occurred on 14 September, 2049, after 2 months of inspections of the host cities. Belleau was eliminated in the first round, followed by Larkwood, Pine Valley, and Eaglerock, which left only Vidtabia City and Riverstone left in the competition. The announcement that Riverstone won was broadcasted live on TV to the 80,000 cats waiting in downtown Riverstone, who then started a massive celebration that lasted almost 60 hours, and caused some looting and disturbances, which injured about 9 cats.

The construction of a 110,000 seater Olympic stadium seemed like the toughest part of the bid. But due to hard work and long hours, the workers were able to complete it in just over a year. The stadium is in an oval shape, with one side of the stadium partly covered by an awning/roof, while the opposite side has no roof. It sits right near the mouth of wear the Stone River and the Sky Ocean meet, only about a quarter mile from the shores.

The athletes village, capable of holding more than 11,000, sits on the north side of the stadium.

Because of the high demand for the tickets, 3 things happened. The first thing was that almost all 7,000,000 tickets sold out within 24 hours. Second, the high web traffic towards the official ticket website. The thrid that happened was the highest traffic problems ForestClan had ever seen. Lines that stretched for miles blocked major streets and highways, causing the worst traffic congestion seen in the Nation's history, and causing an increase in Road Rage. On a specific day, March 12, 2055, there was a case of so much road rage, that a tom drove his transport through a crowded line. This incident actually killed 3 cats, and injured about 14 others. The driver was arrested, and all those who survived it were given free tickets.

The idea of a Torch Relay was brought up at the initial meeting in 2047. Although most of the Human Torch relays were within the Host Country, the idea of a worldwide relay, first used by Athens in 2004, was implemented for the Riverstone 2056 games.

The Torch used by Riverstone was carried by over 8000 cats, and reached 30 nations, at least two on every continent, and 56 cities. It started in WindClan, the birthplace of the new games, and ended in Riverstone, just in time for the Opening Ceremonies.

There will be 18 sports, and 55 different sub-disciplines to be contested over the course of the Olympics.

The calendar was released on 1 January, 2055. It revealed 18 different sports to be contested over a 19 day period.

The ceremony included many things Foressian, such as Birds that formed shooting stars and a giant formation of said bird. Also, mega-sized floats of different prey, birds, and other types of animals, and even a giant, glowing statue of StarClan cats.

For more information about the 2056 Olympic Aquaball tournament, see: Aquaball at the 2056 Greenleaf Olympiad.

For more information about the 2056 Olympic Aquaball tournament, see: Mossball at the 2056 Greenleaf Olympiad.

This tournament featured a group-play segement, which included 4 groups of 4. The first matches were between Toms and She-cats Groups A and C. Vidtabia, the most dominant Ringball force in the world, crushed their opponents on both the Toms and the She-cats side.

Waveriding consists of three disciplines: Wakeboarding, Body-surfing, an Surfing. On Days 1-4, Bodysurfing completed its qualifying rounds, while Wakeboarding finished one day of it.

Body-surfing had 8 nations competing in 3 days of qualifying, with the top 5 teams advancing to the finals which would be held on the 8th. At the end of the qualifying, the cats representing ForestClan, Midway Islands, RiverClan, LakeClan, and Halohu'o advanced, with Selvestra, RainClan, and Solnedor being knocked out.

Wakeboarding started competition on the 5th of August. Being so early in the competition, it is unknown which cat has the lead. However, after 1 day of qualifying rounds, Birch Frostwind of ThunderClan leads the judges scoring, followed by Tulip Hazelfeather of GorgeClan and Blaze Talonface of Koral Havs.

Retrieved from "https://warriorsfanfic.fandom.com/wiki/2056_Greenleaf_Olympics?oldid=134505"
Community content is available under CC-BY-SA unless otherwise noted.